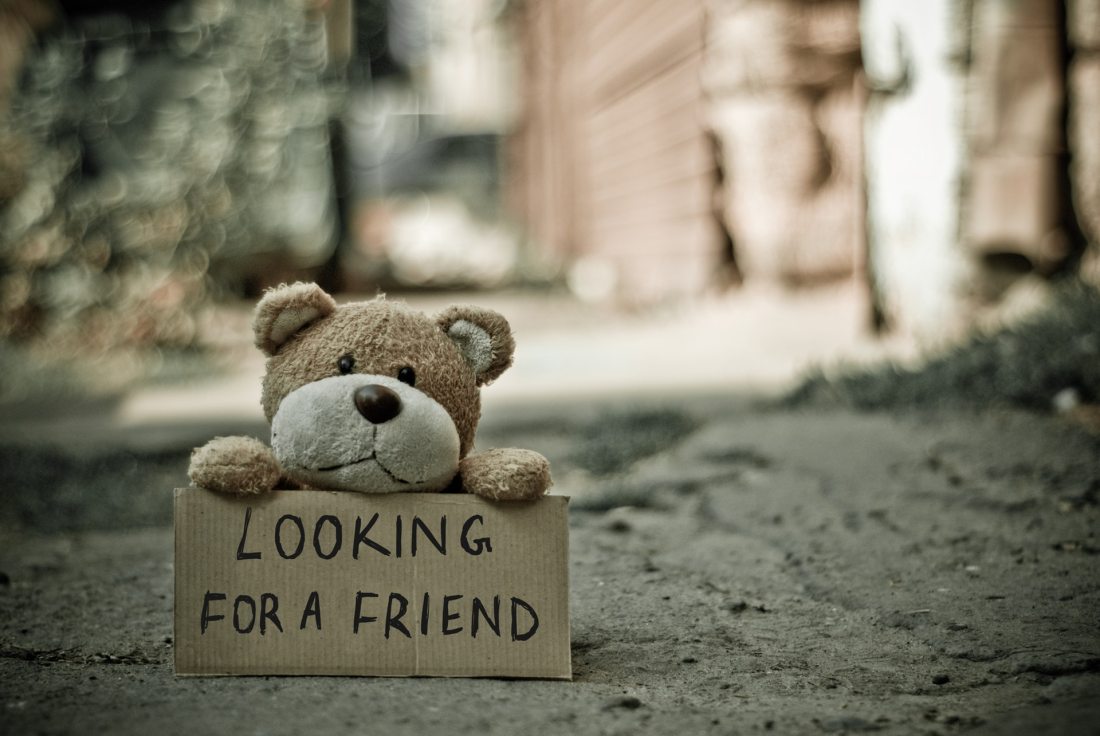 There’s a difference between being alone and being lonely.

I read today that many young carers feel lonely during school holidays, due to the responsibility of looking after an Ill parent or sibling. Despite being in the company of the person they have caring responsibilities for, the detachment from their school pals contributes hugely to the loneliness.

And it’s not just young carers.

It could be an individual who, due to their circumstances, finds themselves in a care setting surrounded by strangers. A worker who is made redundant suddenly losing contact with previous colleagues. A new mum who, once the excitement of a new arrival wears off, finds herself in the house with just the newborn as company for extended periods. Someone grieving over the loss of a loved one, once the overwhelming support shown by others diminishes.

When I was at home recovering from my mini-stroke there were periods where I felt lonely, though I was seldom alone. My dog Maxx was great company, but no replacement for conversations with friends and colleagues (but don’t let him hear I’ve said that!).

It can be a sensitive subject to approach, for both parties. It’s quite a big deal to say out loud that you are lonely. It’s equally as hard to consider investing your time to someone you believe is lonely in case you are rebuffed. Stubborn pride often sees offers of help rejected.

Loneliness can be overcome relatively easily, though sometimes difficult to achieve.

I’ve written before about the value of small talk. It can be the first line of attack against loneliness. Keep an eye out for the fellow football fan who doesn’t go to matches as often as he or she did, the work colleague who has gone off sick, the family member who isn’t on the phone to you as regularly as before………

The longer someone is lonely, the harder it becomes to ask for, or receive help. Don’t over-think what you are going to say. Start with “hello”, and the rest will follow.